Utopia: A Chance for a New Start? 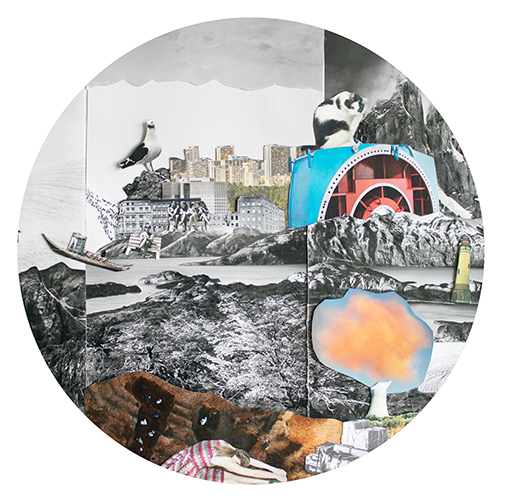 If there is a place in critical alternative literature for an all-encompassing disobedience shrouded in anonymity, then participatory economics could be considered the hopeful yet rarely seen side of the radical transformation of societies and human life.

As social discontent spreads today to every nook and cranny, global solutions are (almost) nowhere to be found. Even allowing that catastrophism is a hyperbolization of our powerlessness, that the system uses as a trump card, how often, accompanied by a stunned facial expression, do we hear the question, whether at work, in cafés, on the street and even when squares have been occupied, “but how else is this whole global thing supposed to work?” A question that the winds of uncertainty have dispersed into many other questions:

How do we begin to free ourselves from paternalism and oppression? How do we cease legitimising a technocratic class that rules the ordinary person ? How do we abolish the speculative finance system? How can we pursue constructive, socially useful employment that gives us a sense of responsibility and permits us to act on our own authority? How do we avoid the corporate division of labour, through which a minority pursues creative and challenging tasks, while the majority does dull and stupefying work? Can we cut working hours significantly? What and how should we produce to minimise the negative impact on the environment? How can we break free of money as an authority of recognition and social justice?
These are all questions that can be boiled down to one: what can we do when the social and human life fades with each passing day?
Participatory economics may provide an answer that counters the frightening and paralysing magnitude of this distressing question.
The idea of participatory economics (Parecon for short), which was developed by Michael Albert and Robin Hahnel, addresses issues that other critiques of capitalism often do not address. Parecon begins with the premise that it takes more than simply dissecting the origins of a catastrophic economic model, which is plunging the earth and human life into fire and ashes. The participatory theory sketches out a vision of what ought to come next – a social life free from mercantilism and authoritarian institutions.
With that in mind, it proposes a range of organisational principles and forms which are intended to help introduce an alternative society into practice – a radically different model from capitalism and the failed attempts of socialism. A model intended to eradicate exploitation, social inequalities, the calamitous and inefficient use of natural resources, and replace the representative democracy by direct democracy.
To that end, two of the cornerstones of the organisation of modern social oppression are condemned; private ownership of the means of production is ruled out as an economic factor, while the state is simultaneously rendered superfluous. Instead, society is equipped with institutions that operate according to participatory criteria from the local to global levels, and that are oriented towards values such as cooperation, self-management, equality, solidarity, diversity, and sustainability.
To put this into practice, participatory economics proposes establishing the following institutions:

Producer and consumer councils. These self-managed bodies serve the transmission of information, the channelling of decision-making power, and the intermeshing of consumer and worker decision-making processes on various levels. All consumers and all producers – from members of small working groups in production and departmental teams in factories to production units that encompass entire branches of industries, whether in consumer councils composed of individuals or families, in sector, city and parish councils as well as those which encompass all of society – must have equal access to information that addresses the social and global consequences of the proposed measures for themselves as well as for the entire economy. Finally, they should be able to influence decisions proportionally to the extent that these measures affect their lives. In short, the councils are a means of self-management that allow people to express their economic preferences (including desired working hours and what they would like to produce) and allow them to determine and tackle their day-to-day economic activities.

Balanced Job Complexes. Each worker performs a combination of tasks that includes both unpleasant routine jobs and enjoyable and responsible activities. Parecon's antidote to the corporative division of labour, which imposes division of social classes, is a distribution of labour that exists in harmony with professional experience, creative possibilities, personal enthusiasm and the worker’s professional development. Balanced job complexes are a fundamental contribution to the dismantling of class-oriented thinking and to self-management in the workplace and in the economy as a whole. Left-wing culture is also not entirely free of class-oriented thinking. Let us remember, for example, the last major wave of takeovers of companies by workers, which began in 2001 in Argentina. More than a hundred factories were visibly and enthusiastically collectivised. The motivation behind this, however, gradually dissipated, as the corporative division of labour was maintained in the occupied companies. The managers therefore remained managers and led, planned, and determined operations just as before, while assembly-line workers continued to obey, package, and die of boredom.

Remuneration according to effort and sacrifice. Parecon remuneration is based on the amount of time invested, as well as the arduousness and the danger of the job performed. This presupposes that no demands may be made based on the ownership of the means of production or on greater negotiation power, as is the case in market-based economies. There is also no entitlement to profit that is based on larger contributions or inherited characteristics such as gifts, special talents and physical size or skill, specialisation, better tools or the production of things which have a higher value. Instead, each employee should be paid in proportion to relative effort and sacrifice. This condition of Parecon implicitly takes on a deeply anarchist premise, as effort and sacrifice are the only factors of productive activity that each of us can be aware of and can control independently.

Participatory planning. This is an alternative model to market-based planning or centralised planning of state capitalism in socialist regimes. The basic idea is that the production councils take consumer organisations into account when making decisions on their production activity, and make these decisions based on a thorough analysis of the benefits and the social costs, which include environmental consequences per se.
Every participating individual and every worker or consumer council (on various levels, whether it be a local or regional consumer organisation, the worker’s council of a factory, or a coalition of industry councils overall) negotiates – supported by platforms and access to electronic devices for the exchange of data – in consecutive round table exchanges with all participants, and adapts its proposals to the responses so that the process concludes with a conclusive plan. There is neither a centre nor a top level. There is no competition. The established plan can be adapted over time, either due to a change in demand and consumer preferences or due to unplanned, sudden changes in production capacity.
As a result of this basic mechanism, Parecon also automatically encompasses the ecological question. As it returns sovereignty over production activity to the actual participants and people affected, and therefore directly and democratically creates producer/consumer organisations, the question of the limits of the social use of production is posed once again.
The authors of Parecon reject the critique that this mechanism is too complicated and excessively bureaucratic. However, they agree with the theory that it makes a difference whether decisions are made on a thoroughly informed and democratic basis rather than an autocratic basis. Consequently, the participatory process of decision-making necessarily requires more interaction between all participants (time, attendance, and participation), yet certainly avoids harm to society and humans that is caused by the current anti-democratic logic currently shaping the public sphere.
On a practical level, they contend that it would not cost more time to fulfil the decision-making functions of participatory economics than is currently wasted filling in annual tax returns. Furthermore, participatory economics is not intended to calculate what has been stolen from us either over the course of the year in the name of private ownership or a production process with high social and environmental cost, but is intended to achieve socially responsible and efficient results through self-management.
Parecon – Life after Capitalism by Michael Albert, published in 2003, enlarges upon the participatory concept. The drafting of countless hypothetical sketches of a practical life of participatory economics is the American economist’s greatest merit, in that he demonstrates, one the one hand, the substance and feasibility of the ideas being presented and, on the other hand, describes how the various components of life under participatory economics are connected in a consistent and credible manner. It is as if Parecon’s basic structures, which only function together in interaction with each other, are like a palindrome. What the author has achieved through precision, logic, and in a simple style in just over 300 pages is more than the sum of its parts – and may lead many to say, with the same stunned expression, “Ah, finally an alternative global idea that can come into play!” Because one can not simply arrive at this conclusion in a short article like this one, it is crucial to read about participatory economics oneself.
In the last chapter of his book, the author puts himself in the position of Parecon’s critics. By doing so, he rejects first and foremost the sacred cow of neoliberalism, the myth of productivity, demonstrating how this economic alternative is more efficient than the hyper-inefficient market system. However, he also addresses the crystallization of Marxist arguments and the anarchist purity. In light of what must be constructed (and deconstructed) in everyday reality, this argumentative battle is not done in vain, because it exposes sectarian tics.

Dealing well with the rejection of criticisms of participatory economics, we conclude that the hard part of following this proposal is not imagine the consistency between the proposed values and the means designed to meet them.
To imagine or even to organise this often carries the perverse trait to exist in a bubble, a paradise for building castles in the air and out of society. Outside of any such bubble, the planetary exfoliation method we call capitalism is not always concerned with levelling castles in the air, so long as the much more efficient mobilisation of countless millions of people prevents such people from believing in economic and social alternatives. To be more precise, capitalism orchestrates the inability to act politically. Undoubtedly, reading Parecon is a step in the right direction towards destroying the belief that “there Is No Alternative.” It is one less argument for the frenzy of powerlessness. What follows is the next step. Constructive creation, in a world that drives us from the cradle to the grave of destruction, is the only chance to avoid collapsing with the world. As one saying goes, when one is in a hole, one must stop digging. But it is just as important to start to work and create new spaces in a place that belongs to everyone.